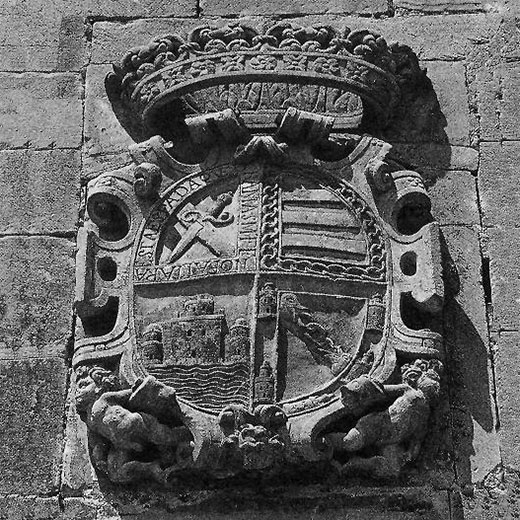 Politician. He was born in 1827. He was a senator for Alava in 1871. He was also named member of the “Junta Vasca” created by Manterola in 1870. In 1974 he became president of the “Juntas Generales of Alava”, called “juntas Maeztu” that where presented by himself. He acted as a mediator between the different faces of the “Carlismo”. When the Juntas were disoved he gave up the political charge and was named special representative of Alava in the “Juntas Vasco-navarras”

Priest, Arcediano and canónigo of Santiago de Compostela. He ordered to build at the beginning of the XVII century a Palace in his birth town. Later on this building will be known as “La casa del Indiano”.

Priest. He lived during the XVI century. Arcediano of Santiago de Compostela. He was in relationship withe the civil and elclesiastic Government of the time. He became very rich. He wanted to build a Chapel dedicated to Nuestra Señora del Rosario in the Vilabuena Parish. He ordered it in his testament and although it is not very sure, it seems his dream was fulfilled, but his heirds had rights on the San Pedro Chapel, which provoqued a dispute with the Parish

This website uses cookies to improve your experience. We will assume that you agree with them, although, if you wish, you can reject them.

Marketing cookies are used to track visitors across the web. The intention is to show ads that are relevant and attractive to the individual user and therefore more valuable to publishers and third-party advertisers.

Preference cookies allow a website to remember information that changes the way the website behaves or looks, such as your preferred language or the region in which you are.